Hopefully everyone has had a good rest and ready to get involved in some great events this year..

The Walkatjurra Walkabout will be happening again in August this year (more info coming soon at www.walkingfrcountry.com) there is a strong possibility that we will be coordinating this with a gathering in Kalgoorlie at the end of the Walk. We are also in the process of discussing ways to Run / Convoy to the Pine Gap gathering at the end of September to bring attention to the 50th Anniversay.

The Walkatjurra Walkabout film has been finished by Rez and we are currently entering it into some film festivals around the world. Later in the year we would like to do some local screenings, so If you are interested in holding a screening in your area or have ideas for a festival that it could be shown at then please contact
Marcus  marcus@footprintsforpeace.org
Lucy p.lucyhancock@gmail.com

Martu elders have opened an invitation for people to join them on an 8 day walk through the Karlamilyi National park in opposition to the proposed Kintyre uranium mine. “Come with us (Martu) we’ll walk to stop the uranium mining on our country. We’ll walk through Karlamilyi, not far, across Karlamilyi river. Walk through Lullapakujarra up to Punumullara then to Puljcatja – big water, up to Desert Queen Baths and then Kintyre.”

Registrations are now open for the Karlamilyi Walk in the Pilbara June 2016 – stay posted and get in quick there will be limited spots available.

Join us for the 5th Anniversary of Fukushima

Join us on the 5th anniversary of the Fukushima disaster for the screening of the award winning new documentary film “Containment”. Funds raised will go to support the important work of the Rainbow Stay project – offering respite to children from Fukushima. Book your ticket here 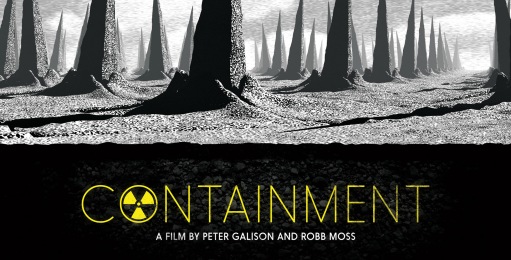 Thanks to supporters like you, the EPA has received over 15,000 submissions objecting to the Kintyre, Yeelirrie and Wiluna uranium mine proposals. Now there is one more – Mulga Rock.

Mulga Rock is an ancient and fragile landscape in the heart of our outback country, not a place that should be turned into a radioactive quarry. Now it’s up to us to stop the clock on the mulga rock uranium mine.

We need your action once more to make sure that the Barnett Government’s EPA don’t simply rubber stamp this proposal. The area might be remote, but we need to let them know that thousands of people are watching.

Mulga Rock is home to the unique marsupial mole, sandhill dunnart and brush tailed mulgara. Plans for the mine include clearing 3,709 ha of native vegetation replacing it with 14 waste rock piles and 9 open pits.

This mine and processing facility would take up to 15 million litres of groundwater and leave behind 32 million tonnes of radioactive mine tailings.

Send a message to the EPA objecting to uranium mining at Mulga rock.

Last week WA Mines Minister Bill Marmion revealed that at a time of budget deficit, the state has spent $300 million of our taxpayers money to subsidise and promote uranium exploration and development in WA. Let the Government know that it’s not ok to spend tax payers money to support and unwanted, unsafe and unnecessary industry like uranium mining.

Send a message to the EPA today.