Thursday 3rd August at the Fremantle Town Hall from 6pm.
Entry is by donation and we are urging all to come down, be inspired and motivated to see how we are going to win the west from mining uranium!

The night will include the official WA premiere screening of Fremantle film maker, Reza Nezamdoust’s “Walking For Country” — a 20 minute documentary of the 2015 Walkatjurra Walkabout, which has been doing the international film festival circuit for the past year and screens this month at both the No Nuke Film Festival in Taiwan and Melbourne Documentary Festival.
Facebook event: Please share and invite all your friends 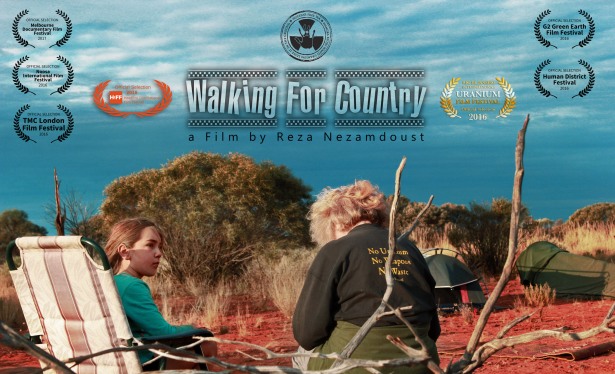 Highlighting the rich vein of music talent running through the Goldfields, Marcus McGuire will be performing his original music all the way from Kalgoorlie.  Director of the Conservation Council of WA,  Piers Verstegen will officially launch the Supreme Court Action to stop Yeelirrie uranium mine project and uphold environmental laws and long time activist and respected speaker on creating a nuclear free future, Dave Sweeney from Australian Conservation Foundation (ACF) Nuclear Free Campaigner. International speakers from Canada, Taiwan and the United States.
Stay tuned for more updates and please share and invite friends through the Facebook event: 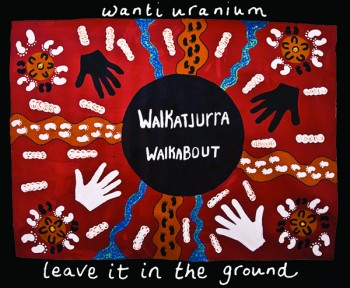 Due to some people having to cancel in the last few days there are a few spots still available  for this years Walkatjurra Walkabout.. If you would like to come out on Country to hear from Traditional Owners and see first hand the beautiful areas that this Government will allow uranium mining on then Register here to join this years Walkatjurra Walkabout

This years Walkatjurra Walkabout will be an important part of planning for the next phase of the campaign.  Come and contribute, share and learn as we walk with Traditional Owners to Keep the uranium in the ground.

Together we can still stop this

It is nearly a month since we heard the shocking news from the State Government allowing the 4 proposed uranium mines to proceed – Yeelirrie, Wiluna, Mulga Rock and Kintyre. The decision to allow these approvals to stand without so much as an inquiry to investigate them and without consulting with local communities, workers and Traditional Owners is tragic.    I really urge you all to continue to call, email, write, to the Premier, the Environment Minister and the Minister for Mines and Petroleum and your local Labor member.  See below for some contacts and suggestions.

Here is some draft text you could adapt to send to them or use as speaking points for a call:

I’m contacting you to let you know I am disappointed by the McGowan Governments decision to allow the four proposed uranium mines in WA to go ahead. The Premier went to the election saying that uranium mines would not be allowed to proceed unless they had final approval or were in construction.  None of these projects have final approval, none are under construction – so they do not meet Labors criteria. These mines should not be allowed to proceed under a Labor Government.

In their rush to establish a uranium industry in WA, the Barnett Government created a modified and simplified approvals process for uranium projects.
This approval system for uranium has seriously compromised environmental standards while unfounded and exaggerated claims of economic benefits have been used to justify non-compliance with WA’s environmental laws.  These uranium mine proposals require rigorous assessment and not simplified fast tracking.

Labor needs to ensure that policy decisions in relation to mining uranium are based on a rigorous process, robust review and that are evidence based.   The process needs to have a detailed assessment of the best evidence and this has not been evident in the process to date.     Consult with Traditional Owners, local communities and workers to uphold your clear and strong policy against uranium, nuclear power, and nuclear waste that I support.

You and your party have a unique opportunity to prevent and ban uranium mining in WA and instead support a Renewable Energy Target and ensure a clean energy future for West Australians.

I urge you to take positive action and make certain that there is a rigorous approval process to ensure that WA remains nuclear free once and for all. This will create certainty and relief for communities that have endured eight years of negotiating and fighting with uranium mining companies and the Barnett Government.

If you haven’t seen the video from Janice Scott – Spinifex woman and her message to Labor – please check it out here and send your message to Labor letting them know that their decision to allow WA uranium mines to proceed on Aboriginal lands was a clear broken promise and a kick in the guts for communities and the environment.

Join Janice and individuals across WA and send your own photo message to the new Government!